Browse: Home / U.S. Will Come To Regret Its Assassination of Qassim Soleimani

U.S. Will Come To Regret Its Assassination of Qassim Soleimani

Today the U.S. declared war on Iran and Iraq.

War is what it will get.

Earlier today a U.S. drone or helicopter killed Major General Qassim Soleimani, the famous commander of the Iranian Quds (‘Jerusalem’) force, while he left the airport of Baghdad where he had just arrived. He had planned to attend the funeral of the 31 Iraqi soldiers the U.S. had killed on December 29 at the Syrian-Iraqi border near Al-Qaim. 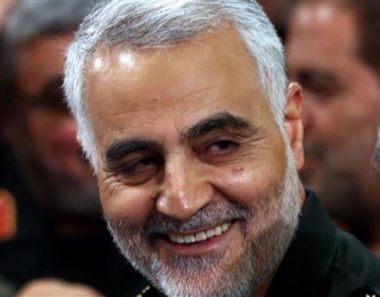 The Quds force is the external arm of the Iranian Islamic Revolutionary Guards Corps. Soleiman was responsible for all relations between Iran and political and militant movements outside of Iran. Hajji Qassim advised the Lebanese Hisbullah during the 2006 war against Israel. His support for Iraqi groups enabled them to kick the U.S. invaders out of Iraq. He was the man responsible for, and successful in, defeating the Islamic State in iraq and Syria. In 2015 Soleimani traveled to Moscow and convinced Russia to intervene in Syria. His support for the Houthi in Yemen enabled them to withstand the Saudi attackers. Soleimani had arrived in Baghdad on a normal flight from Lebanon. He did not travel in secret. He was picked up at the airport by Abu Mahdi al-Muhandes, the deputy commander of the al-Hashd al-Shaabi, an official Iraqi security force under the command of the Iraqi Prime Minister. The two cars they traveled in were destroyed in the U.S. attack. Both men and their drivers and guards died.

Cont. reading: U.S. Will Come To Regret Its Assassination of Qassim Soleimani

19 responses to “U.S. Will Come To Regret Its Assassination of Qassim Soleimani”