Browse: Home / The U.S. Campaign To Weaken Iran’s ‘Axis Of Resistance’ Is Failing

The U.S. Campaign To Weaken Iran’s ‘Axis Of Resistance’ Is Failing

When Israel’s Prime Minister Benjamin Netanyahoo was indicted for several crimes we predicted that he would become more dangerous:

Netanyahoo will fight tooth and nail to gain and keep immunity. He will try to delegitimize the judicative and he will use any available trick to stay in office.

That makes him even more dangerous than he usually is.

He might even decide to do something, like starting a big war, to prevent his removal from power.

Lebanon, Syria and Iran must watch out.

Now the former MI6 agent and diplomat Alastair Crooke detects a new Israeli attempt to instigate a war on Iran:

“This is a historic opportunity”, whispered one of Netanyahu’s insiders into Ben Caspit (a leading Israeli journalist)’s ear this week: ..
…
What sort of history might that be? Why six months? Well, Caspit points up: “Netanyahu’s people, headed by minister Yuval Steinitz clearly state that a widespread war is likely to erupt in the next six months between Iran and its adversaries in the region, including Israel”. And the new Defence Minister, Bennett, threatens Iran on an almost daily basis.

“Perhaps Netanyahu simply needs a war with Iran in order to survive politically,” one of the Blue and White leaders told Caspit: “That is scary and dangerous …” .

There nothing new with that one might say. Netanyahoo has for years plotted to instigate a U.S. war on Iran. But there was so far no reason for the U.S. to wage one. War needs a narrative, a story than can be sold to the people who will have to pay for it. Crooke sees a possible one in the recent riots in Iran and elsewhere:

Well, here it is: “For a long time it looked like the spread of Iranian influence across the Middle East was unstoppable. Now, the entire Iran-hegemony enterprise is at risk. Protests have been going on in Iraq and Lebanon for weeks, bringing their economies to a near standstill, and forcing their Iran-approved prime ministers to step down. There’s no end in sight to the protests …”.

And hence, the Israeli push – led by the newly-appointed Defence Minister, Bennet, that now – precisely – is the moment for the US to act against Iran. This is the narrative for war.

So the idea is that the current turmoils in the ‘axis of resistance’ countries – Lebanon, Syria, Iraq and Iran – has weakened Iran so much that it can be attacked. 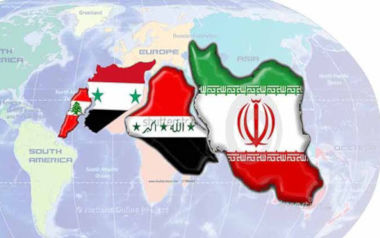 But a look at each of those countries shows that it is doubtful that the narrative is true.

Cont. reading: The U.S. Campaign To Weaken Iran’s ‘Axis Of Resistance’ Is Failing

One response to “The U.S. Campaign To Weaken Iran’s ‘Axis Of Resistance’ Is Failing”