Browse: Home / The US media has lost one of its sanest voices on military matters 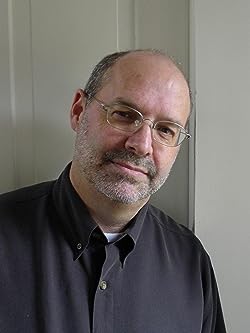 I hate television “experts”, the infamous “analysts” who know all – and support all – about the military, the televisual ex-generals with vain presidential ambitions and the infamous American “think tank” personnel whose right-wing, pro-Israeli beliefs are carefully shielded from viewers by the US networks who employ them. I always characterise the antiseptic and pseudo-academic institutions to which they belong as the “Institute for Preposterous Affairs”.

The Fisk “IPA” contains hundreds of robotic folk who will churn out claptrap about “key players”, “stakeholders” and “moderate allies” and, of course, “world terror”. They turn up on CNN, Fox and Russia Today. And, of course, the BBC.

But William Arkin was always a bit different. This ex-US marine intelligence author of ground-breaking work on secret CIA “black sites” and equally secret US weapons dumps (nuclear and non-nuclear) has a respectful audience at both Harvard and Maxwell US Air Force Base. And when he quits, I take notice.

Here’s a guy the Reagan administration wanted to send to prison for revealing the location of US and Soviet nuclear weapons, and who – in his own words – “had to fight editors who couldn’t believe that there would be a war in Iraq”. He’s just resigned his job as a talking head. Goodbye NBC News. That’s what I call a real story.

And here’s what Arkin told his colleagues about the American military when he left NBC last week. “There is not a soul in Washington,” he wrote to them, “who can say that they have won or stopped any conflict. And though there might be the beloved perfumed princes in the form of the [David] Petraeuses and Wes Clarks, or the so-called warrior monks like James Mattis and HR McMaster, we’ve had more than a generation of national security leaders who have sadly and fraudulently done little of consequence.

“And yet we embrace them… We do so ignoring the empirical truth of what they have wrought: there is not one country in the Middle East that is safer today than it was 18 years ago.”

Arkin’s draw – for me, at least – is that he doesn’t suck on the rubber tube of Wikileaks or social media whistle-blowers. He prefers to dig down through the pages of dull, boring real military information available in serious army and air force journals and official government documents. I came across his work when a reader in Japan sent me pages from Arkin’s book Code Names: Deciphering US Military Plans, Programs, and Operations in the 9/11 World.

I was investigating just how Israel was able to maintain its massive aerial bombardments of Lebanon and Gaza without running out of “smart” bombs, cluster munitions and air-to-ground missiles. Even Nato ran low on ammunition in the 1999 Serbian War. But not Israel when it was blasting its enemies – including lots and lots of civilians – in the Middle East.

So here is what I found in Arkin’s work as long ago as 2005. “Quietly,” he wrote, “the US maintains pre-positioned equipment and munitions on Israeli soil for use by US and Israeli forces. The War Reserve Stocks for Allies-Israel (WRS-I) programme includes ammunition owned by the US but intended for Israeli use, overseen by the army and Marine Corps.”

So there you have it. The Arkin system of picking up rock-hard intelligence is not impossible, providing you have the patience to sit down and read. I wrote a story for The Independent out of Israel when Israeli lobbyists were fearful the US might be restricting arms supplies to Ariel Sharon – as a means of forcing him to sign up to a new Israeli-Palestinian “peace” agreement. They had nothing to worry about, I reported.

Only a month earlier, the Americans had rolled out their first S-70A-55 troop-carrying Black Hawk helicopter to be sold to the Israelis. Israel had purchased 24 of the new machines, costing $211m (£166m) (most of which would be paid for by the US) even though it had 24 earlier model Black Hawks. The logbook of the first of the new helicopters was ceremonially handed over to the then director general of the Israeli defence ministry, Amos Yaron.

I was immediately abused. I had revealed Israel’s military secrets, a telephone call from an Israeli supporter in London told me. I had leaked military secrets for Israel’s enemies to read, an anonymous reader informed me. It was balderdash. I had merely done what I always do in Israel: scrupulously read the local papers and studied economic and military magazines – because the Israelis were always boasting of their home-made weaponry and military relationship with the US. The story cost only a few shekels at a newsagents in Tel Aviv.

But Arkin goes for facts in a much bigger way. He hoovers them up off every page. And NBC have just lost him. His expertise, he says, seems to be of less value right now. He was “out of synch with the network”.

Journalists were turning the world’s national security into a political story: Rumsfeld versus the Generals, Wolfowitz versus Shinseki, the CIA versus Cheney, bad torturers versus the more refined variety. And all the while, Arkin writes, NBC would be looking over its shoulder at “upstarts creeping up on the mainstream”.

After Donald Trump’s election, journalistic investigations “got sucked into the tweeting vortex, increasingly lost in a directionless adrenalin rush, the national security and political version of leading the broadcast with every snowstorm … in many ways NBC just began emulating the national security state itself – busy and profitable”.

Because of Trump, the networks had become anti-Trump and the national security establishment “gained dangerous strength”. So Arkin claims that he is ever so happy to return to writing and thinking in new books “without the officiousness of editorial tyrants or corporate ‘standards’”.

He continues: “And of course I yearn to go back to my first love, which is writing boring reports about secret programmes, grateful that the American government so graciously obliges in its constant supply.” Arkin doesn’t p**s on his colleagues at NBC. He rather wanly praises his former employers, the “excellent” young television reporters and the “great team” he worked with, which leads me to believe that he’d like to go back some day.

He’s not a bitter man, though I suspect he’s not likely to be a leftist hero. While acknowledging that Trump is “an ignorant and incompetent imposter”, Arkin wonders if the television networks aren’t in favour of more conflict and more war. “We shouldn’t get out of Syria? We shouldn’t go for the bold move of denuclearising the Korean peninsula? … do we really yearn for the Cold War. And don’t get me started with the FBI: What? We now lionise this historically destructive institution?”

I get Arkin’s point, even if he’s still in danger of making the presidential lunatic into a statesman-to-be in generations to come. But there’s a telling moment in his goodbye letter to NBC – which is longer than any general’s resignation from the White House, by the way.

He says that journalists “have become exhausted parents of our infant (and infantile) social media children. And because of the ‘cycle’ [the 24-hour news system], we at NBC … suffer from a really bad case of not being able to ever take a breath. I also don’t think that we are on a straight line towards digital nirvana … I sense that there is already smartphone and social media fatigue creeping across this land, and my guess is that nothing we currently see – nothing that is snappy or chatty – will solve our horrific challenges of information overload or the role (and nature) of journalism.”

Well, maybe it’s true that when Trump goes, we’ll all suffer from a gigantic media hangover. I’m not so sure. Where Arkin gets it wrong, it seems to me, is his faith that his own fact-digging will somehow come back into fashion in a world where falling into line – with the “authorities”, the FBI, the comfortable generals and the taboo on talking about Israel and America – will be discarded in the face of hard-hitting journalism.

As a matter of fact, that particular taboo against talking about the Israeli-American relationship – all important when Trump is in love with Benjamin Netanyahu – appears to be strictly observed in Arkin’s own goodbye letter. It doesn’t get a mention.

I’m delighted to hear that this particular expert is now going to write another non-fiction essay on national security “and why we never seem to end our now perpetual state of war”. I’m equally distressed to hear that Arkin is planning a 9/11 conspiracy novel, even though it will supposedly ask how we can “understand terrorists in a different way”. It’s the state of perpetual war and those who accept that this is a necessity which interests me most. War sells weapons and war sells newspapers and war boosts ratings. And war puts mendacious “experts” on our screens. It’s crabby old boys like Arkin who have to stop the rot. By going back to NBC, maybe?