This is part 1 of our series about famous saints’ prophecies about the future of Russia. (Part 2 / Part 3)

The holy people quoted here, most of them saints, foresaw the catastrophe of the Russian Revolution of 1917, and the long, bloody period of warring atheism.

But many of them also saw beyond the destruction…into a brief, but vivid, rebirth of Russia and Orthodoxy.

(These prophecies were published in the May-June 1973 issue of The Orthodox Word, (St. Herman Brotherhood, Platina, California. You can find the entire article on OrthoChristian here

“There will be a storm. And the Russian ship will be smashed to pieces. But people can be saved even on splinters and fragments. And not everyone will perish. One must pray, everyone must repent and pray fervently. And what happens after a storm? 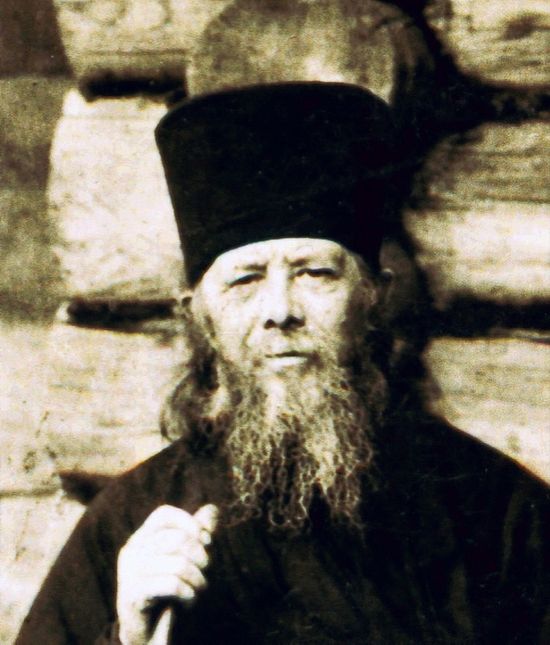 At this everyone said: ‘But there is no more ship, it is shattered to pieces; it has perished, everything has perished.’

‘It is not so,’ said Batiushka. ‘A great miracle of God will be manifested. And all the splinters and fragments, by the will of God and His power, will come together and be united, and the ship will be rebuilt in its beauty and will go on its own way as foreordained by God.

“Before the birth of the Antichrist there will be a great, protracted war and a terrible revolution in Russia passing all bounds of human imagination, for the bloodletting will be most terrible: the rebellions of Ryazan, Pugachev and the French revolution will be nothing in comparison with what will take place in Russia.

Many people who are faithful to the fatherland will perish, church property and the monasteries will be robbed; the Lord’s churches will be desecrated; good people will be robbed of their riches and killed, rivers of Russian blood will flow…

But the Lord will have mercy on Russia and will bring her along the path of great sufferings to glory.”

“I foresee the restoration of a powerful Russia, still stronger and mightier than before.

On the bones of these martyrs, remember, as on a strong foundation, will the new Russia we built – according to the old model; strong in her faith in Christ God and in the Holy Trinity! And there will be, in accordance with the covenant of the holy Prince Vladimir, a single Church!

Russian people have ceased to understand what Rus’ is: it is the footstool of the Lord’s Throne! The Russian person must understand this and thank God that he is Russian”. “An evil will shortly take Russia, and wherever this evil goes, rivers of blood will flow. It is not the Russian soul, but an imposition on the Russian soul. It is not an ideology, nor a philosophy, but a spirit from hell. In the last days Germany will be divided. France will be just nothing. Italy will be judged by natural disasters. Britain will lose her empire and all her colonies and will come to almost total ruin, but will be saved by praying enthroned women. America will feed the world, but will finally collapse. Russia and China will destroy each other.

Finally, Russia will be free and from her believers will go forth and turn many from the nations to God.”

“Now we are undergoing the times before the Antichrist. But Russia will yet be delivered. There will be much suffering, much torture. The whole of Russia will become a prison, and one must greatly entreat the Lord for forgiveness. One must repent of one’s sins and fear to do even the least sin, but strive to do good, even the smallest. For even the wing of a fly has weight, and God’s scales are exact. And when even the smallest of good in the cup tips the balance, then will God reveal His mercy upon Russia.”

“Russia will arise, and materially it will not be wealthy. But in spirit it will be wealthy, and in Optina there will yet be seven luminaries, seven pillars” [I.M. Kontzevich, Optina Monastery and its Epoch, Jordanville, 1973, p.538].

“Shake away the sleep of despondency, O sons of Russia! Behold the glory of her suffering and be purified; wash yourselves from your sins! Be strengthened in the Orthodox Faith, so as to be worthy to dwell in the dwelling of the Lord and to settle on His holy mountain!

Leap up, leap up, arise, O Russia, you who from the Lord’s hands have drunk the cup of His wrath!

When your suffering shall have ended, your righteousness shall go with you and the glory of the Lord shall accompany you. The peoples shall come to your light, and kings to the shining which shall rise upon you.

Then Lift up your eyes and see: behold your children come to you from the West and the North and the Sea and the East, blessing you in Christ forever. Amen” [Ibid, p. 94].

This website is how the Gleason family and the Silva family earn a living. Maintaining this website is a full time job, and this is how they feed their families. Both families now live in Russia, and they appreciate your support.

To keep the Russian Faith website running, a recurring donation of even $5 or $10 per month would be a huge blessing.

Posted in Predictions: from the past or for the future, Russia | 21 Responses