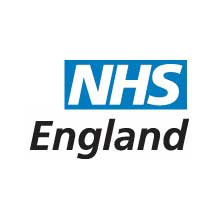 It used to be that patients of Britain’s National Health Service (NHS) would be denied treatment only if they were aggressive or violent, but new rules have been set that will see “racists” and “sexists” given the boot as well. This is apparently in response to the rising number of staff members complaining about “appalling” abuse from patients.

The Telegraph reports, “It comes as new figures show the percentage of staff who say they have experienced discrimination has risen by a quarter in five years, from 5.8 per cent to 7.2 per cent.” Oh, the horror! Something must be done to stop all the rampant racism, so turning sick people out onto the street is the only solution, even though it is their tax dollars paying for the socialized medical care.

While it is possible that some indigenous White Brits, who are likely in a lot of pain, are saying “mean” things to incompetent non-White staff members who were hired by the NHS as part of an affirmative action program, it is far more likely that the reported incidents involve low-IQ invaders who have taken to stomping all over the people of their host country. Regardless, it is likely to only be White patients who are refused treatment, since the anti-White establishment has made it clear that only Whites are capable of racism.

Luckily for all the “racists” in Britain, the NHS will still treat abusive patients whose lives are absolutely in danger, but for anyone else seeking non-emergency care, it’s tough luck.

One has to wonder whether this policy will extend beyond just the behavior of patients while they are in NHS facilities, and Brits found posting “xenophobic” messages to social media will also be banned from receiving NHS care. That is, if they have not yet been visited by a SWAT team for offending the local “grooming gang” that is selling little White girls into sex slavery and locked up for wrongthink