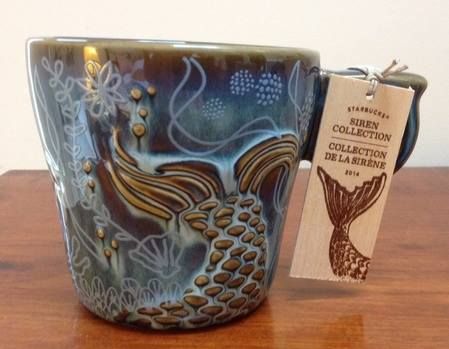 Starbucks has come under fire for launching a ‘woke’ campaign to raise £100,000 for a controversial transgender charity.

Every time a customer buys a ‘Mermaids’ biscuit at the counter, the US coffee chain will donate 50p to the British charity of the same name. It has also produced an advert lauding its cafes as ‘safe spaces’.

But last night, critics said that the Starbucks cookie sale would swell the coffers of a charity they claim wants to push teens into transgender treatment too early – with life-changing consequences.

Mermaids was set up by Susie Green, who took her son Jack – now Jackie – to Thailand for sex-change surgery at 16, because the NHS would not operate on someone so young.

The charity advises Government agencies, schools, the police and social workers. But critics say its advice is not objective, because it is run largely by parents with a transgender child.

Mermaids has argued the NHS should drop its ban on giving ‘cross-sex’ hormones such as testosterone and oestrogen to children under 16.

One of its representatives was even recorded just over a year ago telling teachers at an event in Birmingham that children as young as 12 should be given ‘puberty blocking’ drugs if they want them.

Injections of these powerful drugs are the first step in the transition process, halting physical development and making gender reassignment surgery easier. However, scientists fear they could affect brain development and weaken bones.

Stephanie Davies-Arai, of parent group Transgender Trend, said of the Starbucks campaign: ‘Customers will not be aware they are supporting a charity which thinks it’s fine to tell children who – for a wide variety of reasons – don’t feel comfortable in themselves, that it might be because their body is “wrong” and in need of medical fixing.

‘This is not a fun world of rainbows and mermaids. It is a world of puberty blockers, experimental hormones and sterilisation of children who face a life on medication.’

The Starbucks cookie sale is part of its campaign to ‘support the trans community’ which includes an advert about a teenager born ‘Gemma’ who wants to be known as ‘James’.

Charlie Evans, 28, who has ‘de-transitioned’ after years of identifying as male, said: ‘That aspect of the campaign is positive. It’s huge for kids to be able to try out how a new name sounds. It’s something I did.’

Last night Starbucks declined to respond to questions about whether or not Mermaids was a suitable charity partner.

7 responses to “Starbucks is rapped for launching ‘woke’ campaign to raise £100,000 for controversial transgender charity”