Yesterday the people of Britain breathed a collective sigh of relief as police announced the apprehension of a master criminal who had been terrorising the country.  Following a protracted  operation a crack team of detectives was able to identify the criminal despite his lurking in a crowd of 75,000 at football match. His crime? Well take a look at the pic. He made a ‘monkey gesture’ at a black player. Aaaaand…that’s it. He made a racist face. For which he was arrested and jailed before being released on bail. He’ll face charges in due course, has been banned for life by Manchester City and will undoubtedly lose his job. All for making a racist gesture. 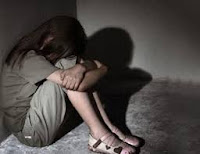 Whatever you think of his punishment you must admire the alacrity and skill with which the police apprehended and charged him. Which is in stark contrast to their complete lack of action over many years as Muslim grooming gangs raped and battered thousands of young White girls in the towns of Rotherham and Telford. That’s right, thousands of White girls in just two towns. The criminal activity was common knowledge but the police cited lack of resources as one of the reasons for their inaction.

Same with the knife crime epidemic that soars almost out of control in Londonistan. “A MAN has been stabbed to death in a North London street as Britain’s knife crime epidemic rages on. An Omani student was last week knifed to death for his designer watch outside famous department store Harrods. Mohammed bin Abdullah Al Araimi, 26, was walking home when he was jumped by a gang of masked muggers demanding his luxury watch.  The 26-year-old victim was one of three men who were fatally stabbed in a little over 12 hours of bloodshed in the capital.” (My emphasis).

Maybe we shouldn’t be surprised when these people run the country’s “justice” system. The Brits might have created that system and spread it throughout the world but apparently they’re no longer capable of operating it even on their own country.

Here in Ireland things are pretty much the same. The difference here is that judges are reluctant to jail offenders. Suspended sentences are routinely handed down to habitual criminals and serious offences are often settled by way of ‘a donation to the poor box’ or community service. An exception is made with ‘racist’ offences. Just last week a man in Co. Clare was sentenced to three months imprisonment for shouting ‘ya black bastard’ at a Brazilian. Mind you the man denies it and the only evidence is the testimony of the ‘victim’. In other words uncorroborated evidence. But it was enough to send a guy with no previous convictions to the Big House.

Again you must be impressed with the work of the police who reportedly were on the scene within minutes. No lack of resources there! Unlike in Balbriggan in Co. Dublin where gangs of “youths” run riot to their hearts’ content. Terrified citizens ringing the emergency lines are routinely informed that ‘no police resources’ are available to save them. They’re on their own. And things are set to get worse as we set about embedding in law the McPherson recommendations whereby a crime is deemed to be hate motivated if the victim classes it as such. So if  a member of a protected minority deems your cheery ‘good morning’ to a hate crime then it is. And you’ll get your collar felt by the same police who stand by as minority criminals run riot.

We are ruled by traitors. That’s not hyperbole, it’s the plain truth.

And hot off the press we learn that a man and woman who, according to their State-appointed interpreter, ‘came to’ Ireland in 2012 beat their 9 year-old daughter so badly that she now requires 24x7x365 full time care. Courtesy of the Irish taxpayer. Don’t bet on a custodial sentence. Legal precedent has already been set whereby offenders’ ‘cultural practices’ can be grounds for voiding a conviction. Again, by the way, in complete contradiction to traditional legal norms.

Diversity is our strength.

2 responses to “Lack of Police Resources”