An Antisemitic Rant On Iran THE JEWS ARE PUSHING Trump into a war with Iran which he cannot win.

Like a dog pissing on a fire hydrant the Yids only leave a puddle.

For with the USS Abraham Lincoln parked in the northern Arabian Sea, under the eyes of the Iranian military, its crew and bombers are sitting ducks.

“A US aircraft carrier in the Persian Gulf is a target and not a threat,” said the head of Iran’s aerospace division. “If Americans make a move we’ll hit them in the head.”

And if the Jews keep pushing the envelope, (as they are wont to do), Iran is capable of crippling the carrier and sinking its task force.

It’s easier and less expensive to sink a carrier than for the cumbersome bulk to launch a war on a country thousands of miles away from home.

Not only would Iran blow up the American ships but would set Saudi and UAE oil facilities into flames. That’s why the US carrier won’t sail up to Iran’s doorstep.

As for the downed US drone, it was doubtless sent into Iranian airspace to bait the Iranians into reacting, and thus gather intelligence on their military capacities.

Deftly taking down the drone but refraining from striking the Navy’s manned electronics surveillance plane, the US remains clueless about Iran’s actual air defense capabilities.

Tehran has put Jewmerica on notice: ‘If Iran can’t export oil no-one in the Middle East will.’

Getting sucked into wars for the Jews is simply bad foreign policy. 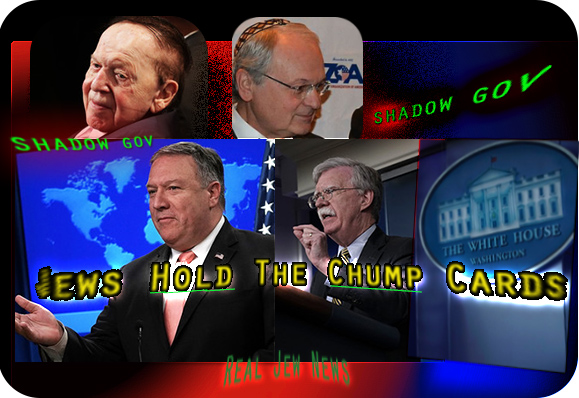 PERHAPS SHELDON ADELSON’S bought and paid for boy, Pompeo, and Morton Klein’s chump, Bolton, never told Trump about Iran’s arsenal of Sunburn Missiles that can be launched from land, water, and air.

And not only the Sunburn Missiles but Russia’s S-300 Anti-Aircraft Missiles—an S400 system in all but name—are fully operational in Iran and can make an American ‘limited strike’ look like a blow up party with Iranian’s cheering below.

Iran-allied Hezbollah, an official paramilitary force in Lebanon—avowed it will “join battle” if US hits Iran.

With Hezbollah’s arsenal of 150,000 short to long range rockets, “ready to be launched at the Jewish state in any future conflict,” surely American troops will be sent to IsraHell to die for the cowardly Jews once the conflict they started widens.

But we’re living in a Jew-infested world where only the Goys die young for Jewry’s insatiable thirst for war.

Iran poses no threat to anyone except to Israel and International Jewry.

For with Iran’s large educated class, seasoned scientific elite, proud and noble people of a long-lived Persian Empire, and its role in the “Axis of Resistance” which encompasses Syria and Lebanon, Israel and its Lobby are SUCKING America into a pot that’s on high boil. 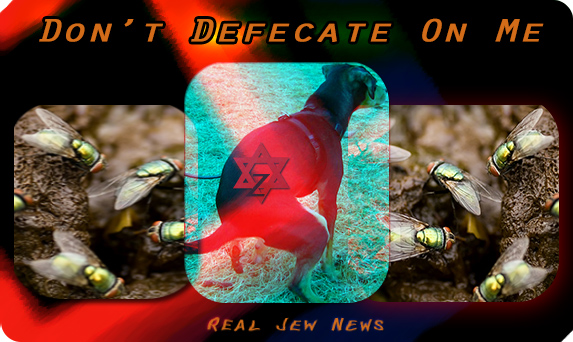 WHEN A GROUP of Jewish colonists plopped themselves into the midst of an Arab and Muslim world, the White world didn’t foresee (some did) the noose soon to be hung around its neck.

For expecting Americans to bail them out every time the colonists saw they were hated (for good reason) by brutalized and oppressed Palestinians it should’ve given the Western World pause and cause for deep reflection which had no dog in this race.

The only dog is the one named “Jew” who draws everyone else like flies onto its stinking turds left on someone else’s front lawns.

And the Zionist brute grows fatter every day.

Organized Jewry is a swollen dog whose bark scares every goyisha leader into its plight.

America’s only hope is to become Judenfrei.

Send them off to China on the fastest boat you can find.

The Lie Of The US Dollar Here

Come On Back To The War Here