The View from Abroad: America as Others See it American homeless picking their way through garbage. Click to enlarge

Americans are brought up to believe that the United States is a shining city on a hill, a light to mankind, that the world envies us for our values and freedoms, and hates us because we have them. This is ground into us from birth. Those of us now long in the tooth remember the Fifties when Superman jumped out of a window while the announcer spoke of a strange visitor from another planet fighting for “truth, justice, and the American way,” then thought to be related.

As one who has traveled much and lived in several countries, I can tell you: It ain’t so. The world does not regard America with admiration.

Today the internet profoundly affects the world’s view of America. The Web makes graphic and easily found things that in earlier times would have been out of sight from abroad.

For example, people in Kathmandu and Moscow can see horrifying and entirely truthful photos of the homeless living in piles of garbage in Los Angeles, San Francisco, Seattle, Portland, and dozens of other American cities. They can read of trade conventions avoiding San Francisco because of needles and excrement on the sidewalks. Such scenes are rare even in most upper-Third World countries. To the orderly Japanese, accustomed to spotless cities and responsible government, such things are, in the strict sense of the word, incomprehensible.

Home of the brave, land of the free, the envy of the world. Just ask us. The estimated homeless population of LA is 58,000 and climbing. Swarms of flea-carrying rats, which certainly exist, are said to cause outbreaks of typhus, a medieval disease. Anyone with a smartphone can see this.

The frequent mass shootings in the United States astonish most of the world. Opening fire on a country music concert, randomly shooting to death people in a gay nightclub, seems to most of the world a breakdown of civilization. It is.

Many of these matanzas involve children gunning down their classmates. Even in a country like Mexico, accustomed to recurring slaughters of narcos by other narcos, the school shootings are a shock.

Americans are now used to things that in any other country would be unthinkable: bulletproof backpacks for high-school students, police walking the halls, metal detectors, proposals to arm teachers, “active-shooter” drills. To the rest of the world (or to Americans who were in high school in the Sixties) this is insane.

But normal in the Indispensable Country.

The now-predictable annual harvest of 700 successful homicides in Chicago, the 300 in Baltimore, plus thousands of wounded, seem to outsiders like something out of Blade Runner. Much of the civilized world looks with wonder on an American overflowing with guns and using them on each other. Only in America. Interestingly the most heavily armed countries in the world, Israel and Switzerland, have virtually no gun crime.

This is the country Americans believe the world wants to imitate. No. From outside, it seems more a country in political and cultural freefall.

To everyone else, the militarism of the United States, its absurd military expenditures, its huge number of nuclear weapons, its desire to upgrade them, to develop small tactical nuclear weapons, its preparation for nuclear war with specialized flying bunkers–seems nutty. No other country does this. None wants to. In Mexico people roll their eyes. What the hell is wrong with the gringos? 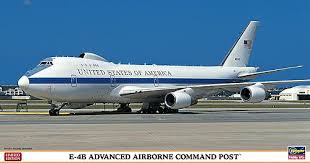 ““Affectionately known as the “doomsday plane,” the modified Boeing 747 is used to transport the Secretary of Defense and is born and bred for battle. It stands nearly six stories tall, is equipped with four colossal engines, and is capable of enduring the immediate aftermath of a nuclear detonation.” The language is that of a little boy of twelve watching Star Wars. It is the attitude of much of America.

Easily found online: the racial disaster in the US, the dozens of cities with domestic Sowetos in their hearts, the huge, hopeless, entirely black regions where whites dare not walk. In these, entirely black schools turn out millions of barely literates who for the remaining fifty years of their lives will be unemployable. This is all online with photos and statistics. “Man, just out of jail, arrested in rape of woman, 78….” Another face of race in America. These stories, common as potatoes–a similar gentleman just threw a white child of five from three floors up–are suppressed to the extent possible by the American media, but often show up in British dailies. Such things almost never happened in Europe before the arrival of African and Muslim immigrants. The whole world can see.

Freedoms? More sophisticated readers abroad know of our intensifying censorship, the words that can get you fired, the controlled press, the surveillance. Americans know what you can’t say and who you can’t say it about. We know the police are militarized and out of control. We see the cell-cam videos of beatings. So does the world.

America’s foreign policy makes it hated in most of the world. It seems murderous, thuggish, brutal, a menace to everyone. For example, the U.S. killed over a million people in Iraq. This does not bother Americans. Since 2000 it has destroyed Iraq, Syria, Libya, enters its eighteenth year of butchering Afghans, bombs Somalia, sends troops to Africa. It militarily threatens North Korea, Venezuela, Iran, seeks to destroy the economies of Iran, Venezuela, Cuba, Russia, China. It sanctions Europe. No other country does this.

This is not the griping of Fred. It is what the whole world sees, daily, in detail.

Number of wars started since 2000 by Iran: 0r. Russia: 0. China: 0. North Korea: 0. America…? Number of countries openly running torture sites while talking of human rights? 1. The country with the largest prison population? The answer is left to the reader as an exercise.

Even today, many Americans speak of American Values, of the country’s devotion to democracy and human rights and freedom. Maybe Americans believe it. No one else does. The United States has a horrendous history of installing or supporting hideous dictators, supporting repressive regimes, overthrowing elected governments. Human rights? In Saudi Arabia? Israel? The world is not blind.

Americans, self-absorbed, perhaps the most historically ignorant of First-World peoples, shrugs such things off. “Oh, get over it.” Whatever it was. The nations involved do not shrug them off. You can bet the Chinese know about Legation days, America’s role in forcing the opium trade on China, extraterritoriality.

From abroad, America is a feral, amoral, remorseless empire, rotting from within, willing to do anything to maintain its dominance. From inside the U.S., it seems otherwise. Do you, an American reader, want to kill Afghans? Buy another trillion dollars of nuclear weapons? War with Iran? Russia? But Americans have no influence over what Washington does, and the world judges by what it sees.