Rabbi says Notre Dame burned because the Talmud was burned

Unimaginable Barbarism!
(not reported by the media, including “conservative” media) “…when answering the question ‘So it can’t be said that it was punishment?’ the rabbi wrote, ‘It is possible, after all. The first big Talmud burning was in Paris, there in the plaza of the Notre Dame Cathedral.’

“Aviner said it was a result of the Paris trial, ‘In which Jewish sages in France of that generation were forced into confrontation with the Christian sages. The result was the burning of the Talmud. The Talmud books were brought to the Notre Dame square in 20 wagons…and were burned there, meaning, 1,200 Talmud books.’

“French-born Shlomo Aviner, now the rabbi of West Bank settlement Beit El, also said it is a mitzvah – a deed done from religious duty – to set fire to churches in Israel…”

“Rabbi Shlomo Aviner, the rabbi of the Beit El settlement and head of the Ateret Yerushalayim yeshiva, said Christianity ‘is our number one enemy throughout history.”

“The great Christian Church in Paris is on fire. Should we feel sorry for that, or should we rejoice, as it [the cathedral] is idolatry, which is a mitzvah to burn?’ — Israeli Rabbi Shlomo Aviner

“Several immensely important rabbinic rulers, most prominent among them Maimonides, ruled that churches are places of idolatry and ought to be destroyed. The rulings are very clear.” Catholic Church of the Loaves and Fishes burned by Israeli arsonists, June 17, 2015, on the site of where it is believed Jesus fed thousands with five loaves and two fishes.

There are numerous buildings in America that bear the name of Rabbi Moses Maimonides, the “sage” who is revered by liberal and Right wing intelligentsia in the West, notwithstanding the fact that Rabbi Maimonides:

•Declared that Jesus got what He deserved when he was killed.

•Taught that Christian churches should be burned. (Maimonides remains the halachic inspiration for church arson to this day).

•Declared that black people are not human (cf. Maimonides, The Guide of the Perplexed [University of Chicago Press, 1963, with an introduction by Leo Strauss], vol. 2, pp. 618-619).

The Babylonian Talmud itself is the holiest book of Orthodox Judaism, replete with nullification of God’s Biblical law, admonitions to burn Christian books, and lie, commit evil anonymously, and destroy non-Jews. Furthermore the Babylonian Talmud teaches that Jesus was a sorcerer, His Mother Mary a whore, and that Jesus is now in hell burning forever in hot excrement.

It is important to note that many noble Judaic people object to the contents of the Talmud and have rejected it.

Even with regard to the adherents of Talmudic Orthodox Judaism, Jesus commanded us to love our enemies and do good to those who persecute us. Only an opponent of Christ would perpetrate attacks on Judaic people. Telling the truth as Jesus did is sufficient; the rest we leave to to God (Romans 12:19).

Judaic people are  themselves victims of Talmudic dogma. For instance, permission for the molestation of infant Judaic girls under the age of three and Judaic boys under the age of nine is granted in the Talmud. This is not a “canard” or a “trope.” This datum is not “taken out of context.” It is a readily verifiable, tragic and unfortunate truth. We wish it were not. Presumably it is still ethical and legal to advance human knowledge and publish demonstrable facts.

The early and medieval Catholic Church did indeed oppose the Talmud, predicated in large part on the testimony of former Judaic Talmud scholars such as the learned Nicholas Donin, who converted to Catholicism and participated in the Paris debate contra the rabbis.

Centuries later however, during the Renaissance, the hierarchy of the Church of Rome was infiltrated and the popes began to covertly honor and emulate the rabbinic traditions and the doctrine contained in the Kabbalah and Talmud. For example, the finest edition of the Talmud up to that time, the Bomberg edition, was published under papal auspices in Renaissance Venice, 1519-1523.

These revisionist facts are seldom mentioned in the  media or western academia, the better to keep people ignorant, maintain political correctness and suppress knowledge.

Selections from the Talmud of Babylon: 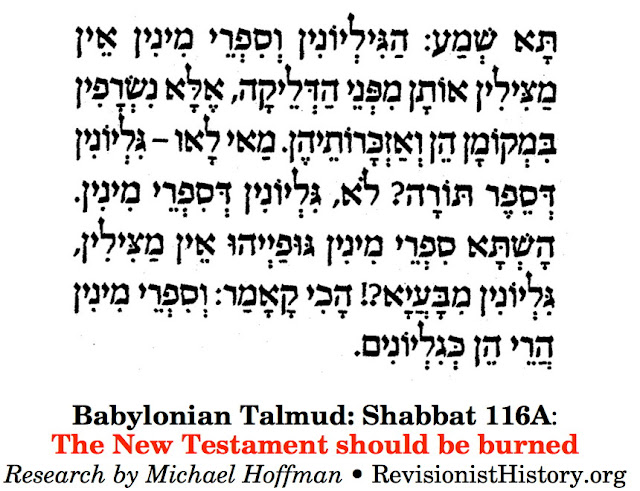 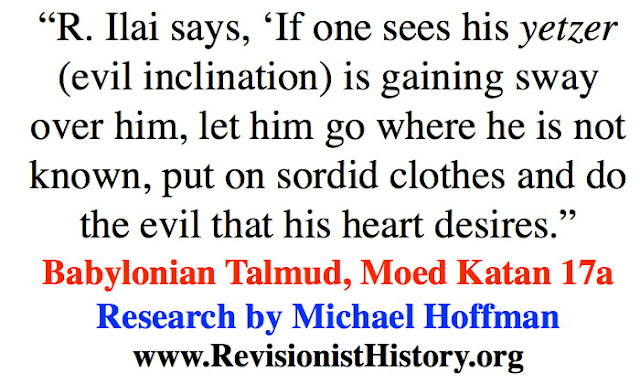 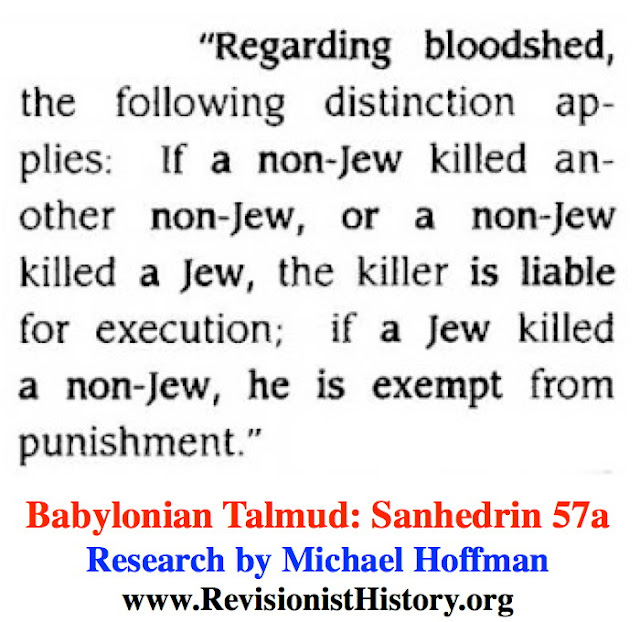 For Further Study and Documentation:

The Truth About the Talmud (blog)

Please make a donation to our Truth Mission