The Kremlin trembles with apprehension Did you read about those recent NATO show of force exercises in the Arctic Circle?  Masterminded by the Defense Ministers of Germany and Norway (pictured top) they were presumably meant to strike terror into the Russians. However I had reservations about the extent to which these ladies (the Norwegian one a mystery meat from God knows where) would impress their Russian counterpart (below). 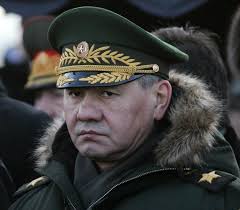 Well he certainly won’t have been impressed by the Norwegian Navy’s navigation skills. Despite frantic efforts to avoid a collision, an oil tanker was rammed full on by a Norwegian frigate, which sank shortly afterwards. ‘Local media reported that the Maltese-flagged tanker Sola TS identified Ingstad and tried to avoid the disaster. The reports also revealed details that show that Ingstad did not have a firm grasp of the surface picture it was sailing into.’

“This is a huge blow to the Norwegian navy,” said Sebastian Bruns, who heads the Center for Maritime Strategy and Security at the University of Kiel, adding that the loss of the $400 million ship leaves the Norwegian Navy with a 20 percent cut to its most advanced class of ship. The laughter from the Kremlin could be heard echoing up the fjords.

Naturally my suspicions were aroused. After all the Norwegians used to be a highly effective fighting force as the Germans found to their cost in WW 2. They performed rat-runs in the North Sea, dodging patrolling submarines and unloading their cargo at the dead of night in unlit rock-strewn coves. Now they’re plowing into giant tankers straight in front of them? A search of the media, including Norway’s, failed to unearth anything. Then when glancing through the Daily Stormer I hit pay dirt. As I thought, it was da wimminz. Armed Forces Forum No. 2 revealed that that “Four out of five navigators on frigate KNM Helge Ingstad are women“.

So now we know. The empowered navigators were probably holding a diversity meeting or doing their knitting. Whatever it was it resulted in their ship going to a watery grave. They’re not alone. The American Pacific Fleet, which prides itself on its diversity with women, blacks, Hispanics and transgenders at the highest levels (achieved only by drastically reducing standards) now wreaks havoc throughout the region with sea lanes becoming more akin to a dodgem cars track in a  circus. According to Defense News ‘two accidents that claimed the lives of 17 sailors and wounded dozens more resulted from complete breakdowns in standard Navy procedures and poor decision-making by officers and sailors on the bridge of the two warships’. Even Ireland got into the act when a much-ballyhooed woman took the helm of a naval corvette. And proceeded to leave a trail of devastation in her wake, smashing into buoys, pontoons, yachts and quay walls until finally running aground. At which point Cork Harbour’s terrified residents tentatively re-emerged.

We can and should get a good laugh out of it. But ultimately the laugh is on us.